I have written before about qB not handling my 1400+ torrents. Peter helped me get close and for a while it was serviceable, or so I thought. But ever hopeful I eagerly tried v4.2.2 because it was an official universal binary, able to run natively on my M1 iMac. And it did, up to a point.

I was able to load all those torrents quite swiftly. Hashing was similarly fast, until I got close to the 1400 number. Then it froze and only a system reboot could get things back. I saw problems some others have reported. More on that later. So I totally trashed every little qB file, did a clean install, and tried again, froze again. Repeated the previous, modifying sequence of steps. Freeze again. Tried a third time and had major success, sort of. I loaded all torrents in batches and set to be paused. No problem. I then started hashing in batches and eventually, after all day, had all 1400+ hashed. qB was purring, all seeding, no lagging/freezes. But an hour later it was back to being laggy and quickly froze. Tried v4.3.9 and it was as unserviceable as ever.

So, odd things. Once v4.2.2 was installed, after a restart the machine started the rebooting issue. I would login and running, once all login items were done it would reboot. Again and again. With login items starting or not. 5 or 6 times before it would be OK. I would eventually get the last image and so click OK and things would remain running and I could get back to qB.

The image below is what I would first get. 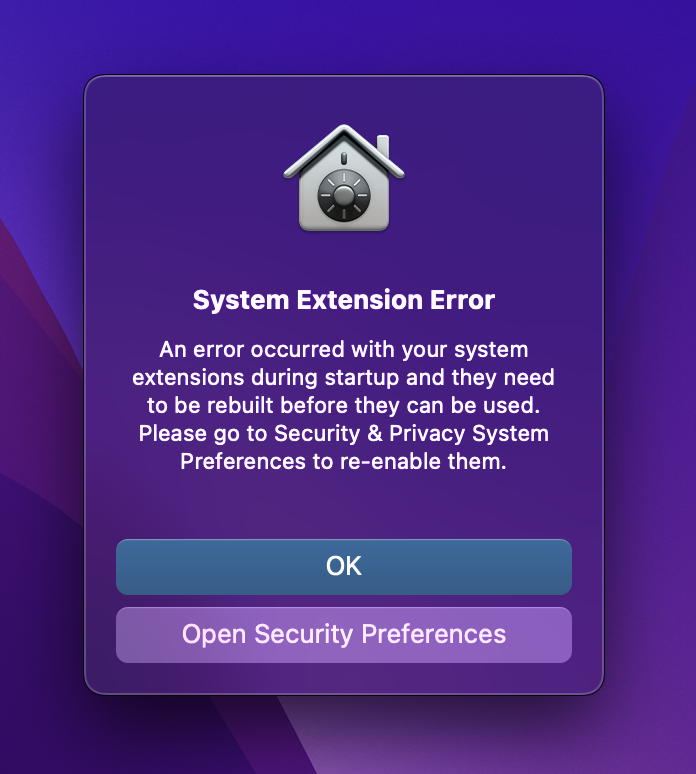 If I then go to Security PreferencePane I get the next image. 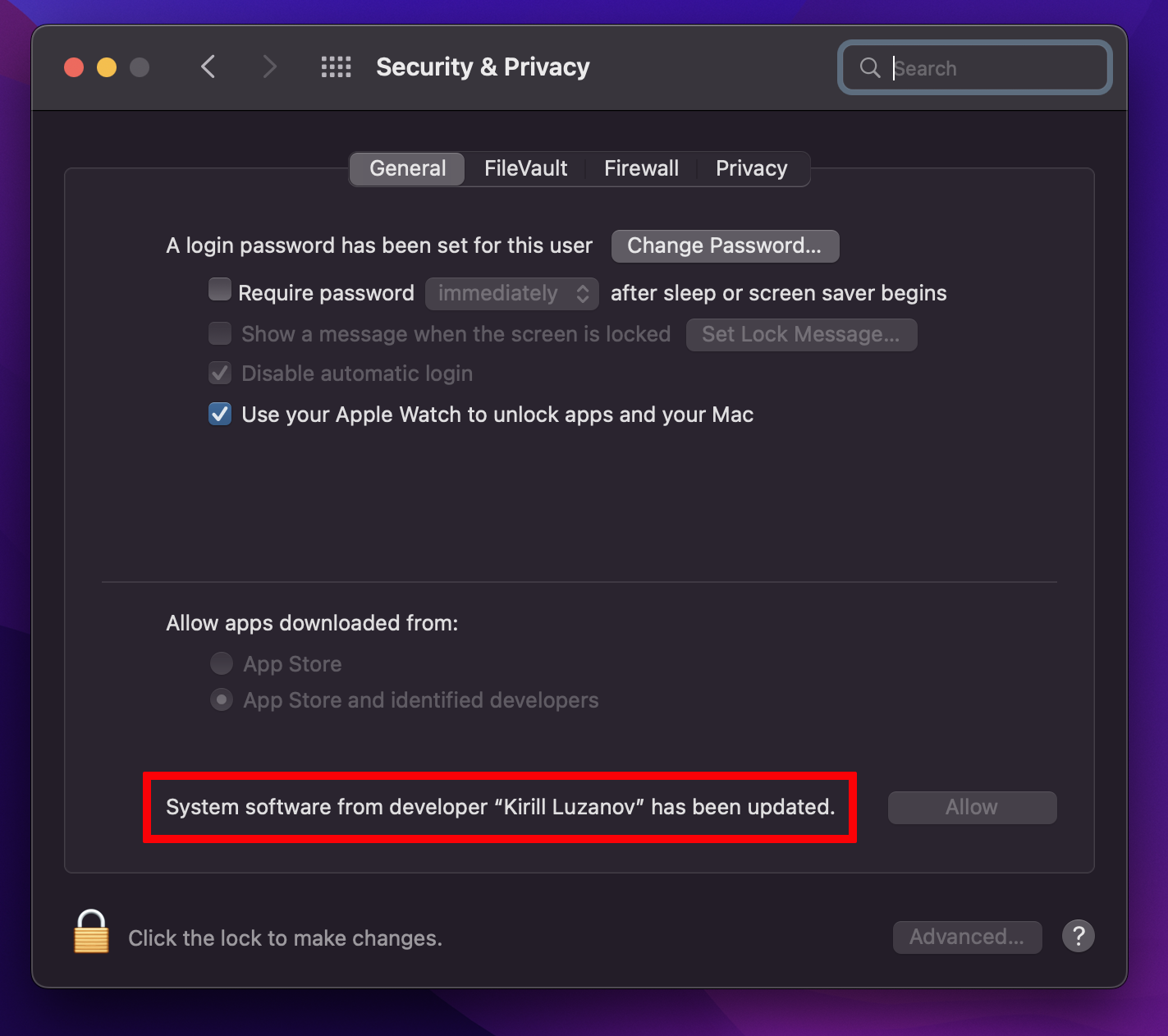 If I click "Allow" I go into the repeated restarts until after about 5 or 6 I get the following. 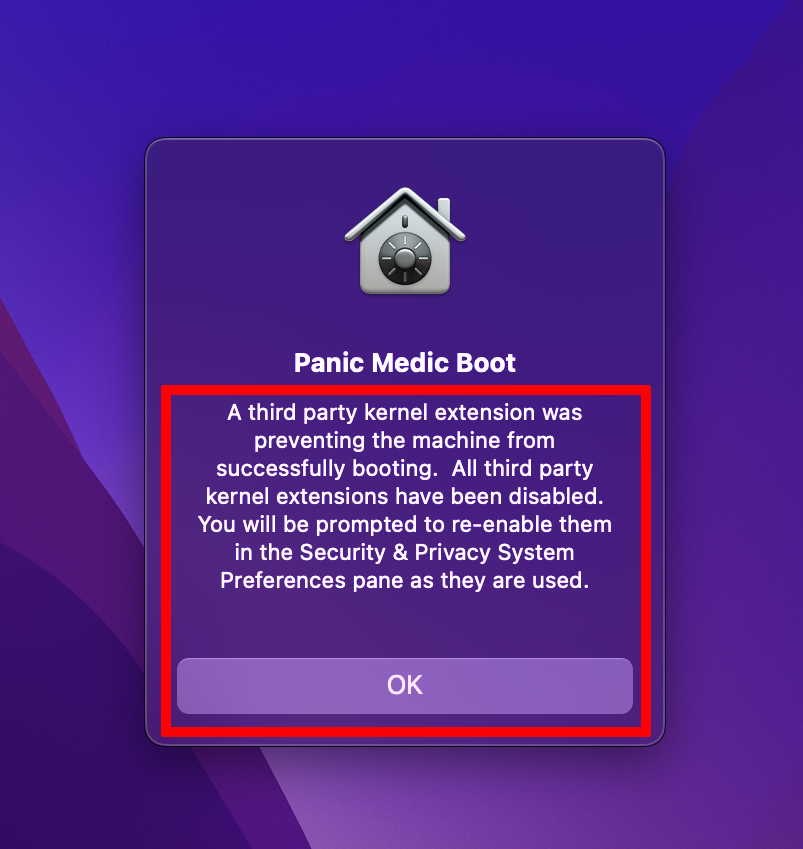 Once I get this option and I click OK the system boots and stays operational. To be clear, I would get to this image after 5 or 6 spontaneous reboots when I had qB installed and had allowed Kirill. Now after I have trashed all qB files/folders I still get this upon rebooting and system fully loading, but at least it happens upon the first attempt and after clicking OK all is good.

Now, since I don't need qB and it is totally removed from my disc & system, at the step of the middle image I just go on and don't allow loading Kirill and I don't get the repeated reboots.

What is left on my system having to do with Kirill Luzanov and how can I get rid of it?! What is this third party extension? I can't find it? Very uncool.
Top

Look up who is "Kirill Luzanov".
His name brings me to other things, like "DriveDx".
Are you sure you are not using/installing anything else besides qBittorrent on your brand new OS X installation?

I found this in Google: https://etrecheck.com/upgrade
This may tell you what is this "System software" by Kirill Luzanov.

Install the software, generate a report and look for blocked software/kernel extensions.

I am like 99% convinced qBittorrent has nothing to do with this.
Top

So much thanks, Peter, for sticking with this. My apologies. I simply assumed the correlation as the two appeared immediately after a forced reboot of the system after the failed use of the v4.4.2 qBittorrent. I'm sorry to say I never pursued obvious actions.